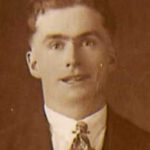 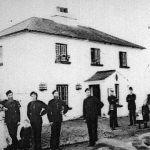 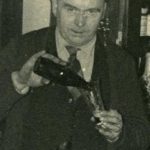 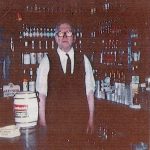 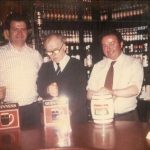 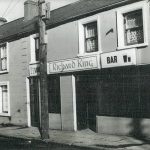 Uncovering the service of an Irish Volunteer

Growing up as part of a large family, we had always known that my grandfather, the late Paddy King was a member of the ‘old IRA’ (Irish Volunteers) but we didn’t know any of the details. He never spoke about his experiences and even when he met up with Spencer Street neighbours who had also served such as Paddy Horkan and Paddy Ketterick, not a word was spoken about this period of time.

When he died in 1978, we discovered that he had narrated an account of his involvement of the movement for Irish independence between 1914 and the Truce of 1921.This was for the Bureau of Military History which was established in 1947 to compile original narratives  from surviving participants. Over the next ten years, they collected over 1,600 Witness Statements which were made available to the public in 2003. Family members could at first apply to see only their ancestor’s witness statement, but they are now on general release.

My grandfather Paddy King, a native of Cloonshinnagh, Ballyheane (better known locally as ‘Hollyhill’) was aged fifteen when he joined ‘B’ Company (Ballyheane) of the West Mayo Brigade in 1917, alongside his brother Jack. In 1912, an absentee landlord John H. Peyton J.P. (1849-1929) who owned the lands of Hollyhill, and surrounding townlands attempted to evict his tenants – seventy-eight in total, including my great grandfather Pat King. Thanks to the support of neighbours, the clergy and local representatives, Peyton was forced to sell his estate to the Congested Districts Board for distribution amongst the tenants. Given this attempted injustice, my grandfather, like many of his neighbours joined the Volunteers and was soon in the centre of the action, later described in his witness statement.

Captain Patrick Murphy, Ballyheane was the Officer Commanding (O.C.) of the Ballyheane Company which varied in strength from 90 to 135 at various times. John Fadden, Hollyhill and Patrick O’Dea, Ballyheane were Lieutenants and Michael Higgins, Parkboy was the Adjutant. My grandfather was the Quartermaster (responsible for the procurement and storage of all guns and ammunition) for most of the period and was later appointed Lieutenant.

The Volunteers initially spent a lot of time drilling and practising their marksmanship. They had to sleep in dugouts on cold hillsides and made occasional visits after dark to their families, knowing that if caught, they faced lengthy prison sentences or worse. The dugouts were frequented by ‘Flying Columns’ or Active Service Units – small formations capable of rapid mobility and sometimes composed of men from different companies. It was my grandfather’s job to guide men to the various dugouts and to guard/distribute the weapons. Some of the dugouts were very large – one that they made in Carraclogher Wood, Ballyheane was twenty-five feet long, seven feet deep and was excavated over five weeks.

During this period, the Ballyheane Company raided army convoys, prevented litigants from attending British Courts or young men joining the Royal Irish Constabulary (RIC) and was involved in the burning of the RIC barracks at Ballyheane. This was all very dangerous as the investigating Castlebar RIC were assisted by the dreaded Black & Tans.

My grandfather briefly joined the ASU of General Michael Kilroy (Commandant of the 4th Western Battalion) at Glenisland but later returned to Ballyheane where he was considered to be more useful. The Ballyheane area connected South and West Mayo as well as the towns of Castlebar, Westport and Claremorris.

In May 1921, whilst my grandfather was instructing Volunteers in the use of the rifle at Ballyheane, a group of British soldiers came on the scene. He opened fire and kept them occupied until everyone else had escaped and was then able to escape himself through a nearby wood.  Later, General Kilroy praised his action and courage. He also participated in the Cloonkeen Ambush – a Volunteer detail was trenching a road at Cloonkeen, near Islandeady when they were surprised by Black and Tans who opened fire killing two Volunteers. My grandfather later proceeded to Belcarra to help the South Mayo Column after the Tourmakeady Ambush.

Paddy King was involved in all types of guerrilla operations, attacking military convoys, barracks and the burning of Castlebar Barracks; he re-joined the Flying Column and took part in the attack on Castlebar Gaol. Other ambushes he took part in were at Hollyhill and at Frenchill and he assisted in the defence of Newport.

As children reading his adventures, we were amazed to read of how he and his comrades held up the Castlebar to Westport train. After capturing some British soldiers, they seized twenty-two rifles and a sizable amount of ammunition. This was like something out of the wild west.

When this dark period in Irish history was over, my grandfather and four of his siblings emigrated to the United States. He returned in 1929 and bought a pub in Spencer Street, Castlebar. Here he got on with his life raising a family and became involved in local GAA activities such as the development of McHale Park in 1950/51 when he was Joint Treasurer.

Paddy King never spoke of his action in these stirring times or of comrades who, in the later Civil war, would find themselves fighting on opposite sides. He was happy to have played his part and put the past behind him. He died on the 26th of January 1978.