In 1921 the West Mayo Brigade was split into four battalions with a total of 46 companies.

West Mayo comprised of four battalions:
No 1 Castlebar
No 2 Newport
No 3 Westport
No 4 Louisburgh

A letter denoted the names of the company of volunteers in each battalion.
For example, Westport “A” company, 3rd Battalion, West Mayo Brigade.

Active Service Unit (ASU), consisted of IRA members, who volunteered to become active in the War of Independence. 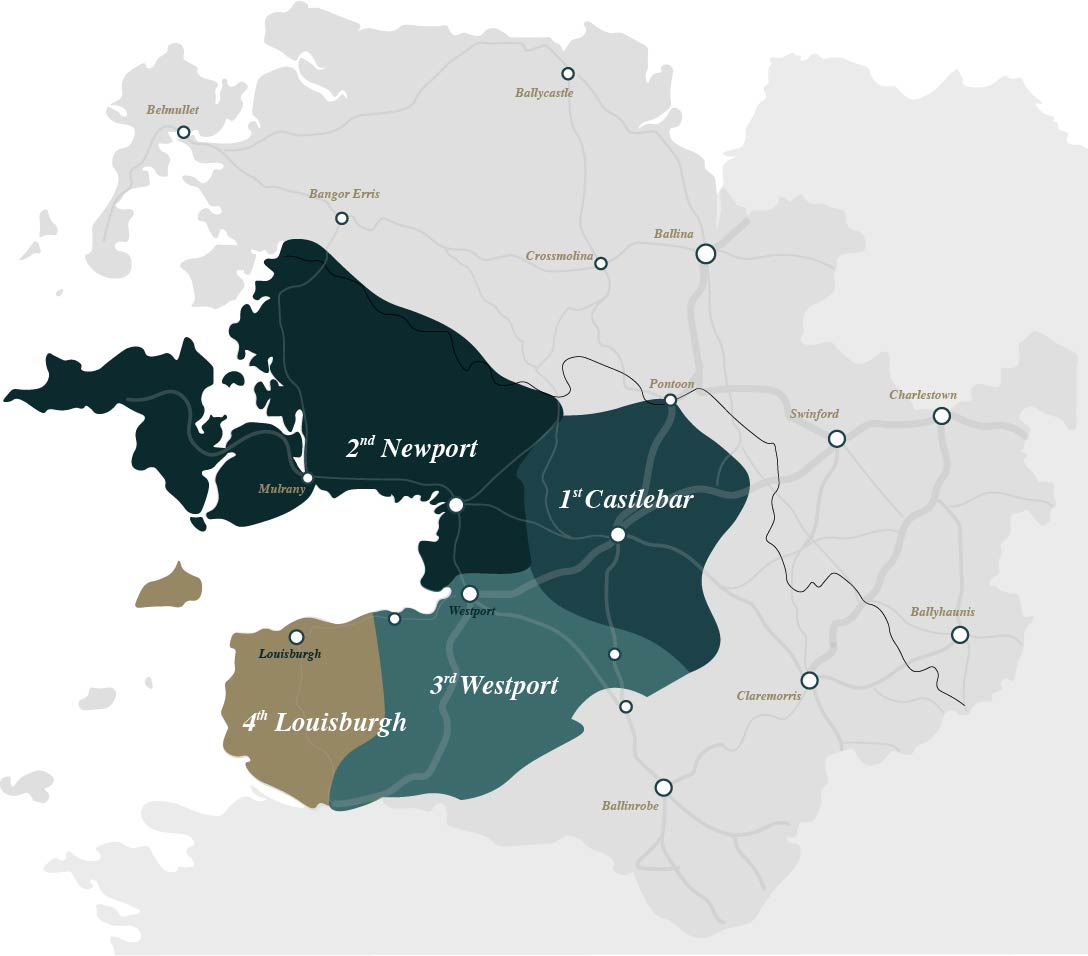