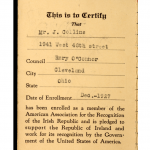 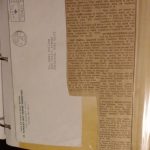 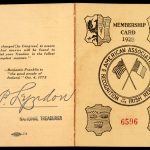 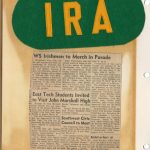 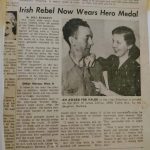 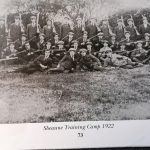 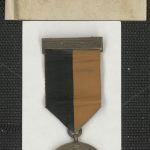 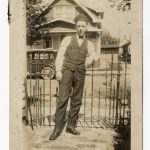 James Collins was born on the 30th of November 1900 to James and Isabella Collins. He had four brothers (John, Michael, Edward & Austin) and two sisters (Mary Ellen and Annie). They lived in Drummin, Westport, Co. Mayo.

Everything in Ireland had changed after the 1916 Easter Rising. The young men of Ireland set out to free us of the English and to establish a free and Independent Ireland. James Collins, like many young men of his generation, joined the cause to help free his Country.

The West Mayo Brigade became one of the most active and effective IRA Brigades in the West of Ireland during the War of Independence. James joined up and served Ireland from 1918-1923. He was part of the 4th Western Division, West Mayo Brigade, 3rd Battalion, A Company (Westport Town). At that time his address was given as James Street Westport (Refer to Military service Pensions collection MA/MSPC/RO/326). Men often gave different addresses to protect their family from any Black and Tan reprisals. An old neighbour from Drummin, Michael Heraty, told some of our family members that he remembered on one occasion the Black & Tans raided James home house in Drummin and took away his older brother John to Louisburg for interrogation to see if he had any information on the IRA. He was near to be drowned by the Tans but luckily for him they let him go when they could not get any information from him. Later in life John emigrated to England & joined the British merchant navy.

When the Civil War broke out James served under Joseph Leo Bakers West Mayo Brigade Active Service Column (Refer to Military service Pensions collection MA/MSPC/RO/331). He fought on the Anti-Treaty side during the Civil War.

After the Civil War James emigrated to America in 1924 to start a new life. He married Catherine McGreal (1901-1987) from Carrowbaun, Westport, Co Mayo in 1927 and they set about creating a life for themselves in Cuyahoga, Cleveland, Ohio, America.

While in America James joined The American Association for Recognition of the Irish Republic, established by Eamon De Valera in 1920. On a visit to Cleveland in 1921 De Valera organised the Benjamin Franklin Pledge Council. This was the first Ohio branch of the National Association. Two other councils were later set up. James enrolled in the Rory O Connor Council in 1927, one of the three councils set up in Cleveland. The aim was to help raise money and political support for an Independent Ireland.

While in America the Irish Government sent James a questionnaire in relation to his service for Ireland but at the time, he didn’t fill it out. On a family visit back to Ireland in 1949 James old memories came flooding back to him about his service and he decided to apply for his medal and pension. If he came back to Ireland there would be a house and pension waiting for him. He chose to stay in America as that’s where he belonged and had set up a new life for himself and his family. James received his service medal in 1951.

We were fortunate enough to look at his medal file in the Military Archives and piece together what we could. His Pension File has yet to be released.

James Collins died on the 2nd of May 1972. He did his part for Ireland’s cause along with all the other Men, Women and Children of Ireland. We, the people of Ireland are indebted to them all. They were willing to fight and lay down their lives so Ireland could be free. Go raibh maith agat agus taimid buioch go siorai.