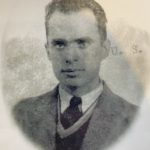 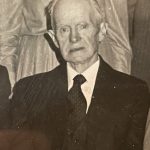 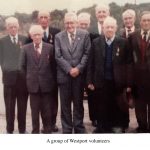 A group of Westport volunteers

Minister Denis Gallagher launching Edward O’Malley’s book ‘Memories of a Mayoman’ in 1981. Piaras Ó Raghallaigh is on his knees in the front middle 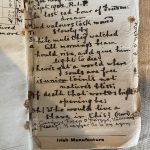 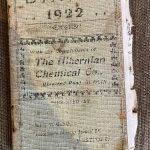 If Only The Walls Could Talk

Stories about secret caverns full of guns and ammunition, furious and frightening black and tan raids and ambushes, a Lewis machine gun that could fire 600 rounds a minute and the mysterious and magical cry of the curlew all filled my youth with wonderment and excitement.  My Grandfather Edward O’Malley played a crucial role in Ireland’s fight for freedom and his captive audience were spellbound as he relived and replayed the extraordinary events that took place in the tranquil village of Owenwee, 5km from Westport town.

In his book ‘Memories of a Mayoman’, he gives a first-hand account of the War of Independence in the West Mayo Brigade as experienced by a rank and file volunteer.  The stories and events he retold to his grandchildren were not of legendary folklore heroes but of real-life figures, neighbours and friends who rallied to Ireland’s call.

Owenwee was at the epicentre of Ireland’s fight for freedom during the war of Independence in west Mayo.   The stone walls in the village still hold the secrets to many of the key events that occurred during those turbulent times.  Hidden and unmarked caves are dotted across the landscape of Owenwee that protected those on the run and often housed guns and ammunition for critical ambushes.

As I wandered the fields and hillsides with my Grandfather, he often pointed to a cluster of rocks where he had hidden weapons for the flying column.  Owenwee was a safe haven with loyal volunteers and safe houses.  It had easy access to the surrounding hills and the woodlands provided cover for those on the run.  The Croagh Patrick Sinn Féin club in the village was one of the first to be established in the region and with it a ‘B’ company, 3rd battalion to support its demands.  Their activities consisted of route marches, sham battles and the holding of fundraising concerts.  Irish classes also took place with an emphasis on the mantra ‘tír gan teanga tír gan anam,’ a country without a language is a country without a soul.

Born in 1904, Edward O’Malley was just seventeen years of age when he joined the volunteers.  He trained as a hillside spotter and long before mobile phones or walkie talkies were invented he could send a message to another volunteer a mile away faster than the speed of any Black and Tans Calvary or lorry.   The spotters were usually teenagers who hid in the hills camouflaged as sheepherders.  When they spotted the Black and Tans on the move, they pulled a straight Sallystring leaf and held the blade between their thumbs and the palm of their hands.  When the leaf was tightly in position, the young volunteers blew with all their might across the stem making a wild alarming and harsh whistle like sound that alerted the next spotter a mile away.  The ‘Curlew Call’ was an ingenious mode of communication perfected by the young volunteers.  The Black and Tans were perplexed and never figured out how the volunteers were always one-step ahead of them.  Many the afternoon I sat with my grandfather and practiced this unique art form, I was mesmerized how a simple farmyard leaf could send a signal faster than a powerful British army truck.

Mauser and Martini rifles, magazine-fed repeating Lee-Enfield rifles, Webley and Bulldog revolvers, Parabellum and German Luger pistols, gas masks and a suitcase full of hand grenades were all hidden in Owenwee and distributed to the Active Service Unit as required. Those caves and secret hiding places are on no map or google site but they are etched on the hearts and minds of those living in Owenwee.  Commandants Joe Ring, Broddie Malone and Michael Kilroy were regular visitors to the village, often staying overnight to support and reaffirm the local volunteers.  Black and Tan raids were common in those days but the people living in Owenwee were resolute and they never buckled or wavered.

Ambushes were discussed and meticulously planned in the safe houses of Owenwee.  Ring, Malone and Kilroy were enthused and inspired by the local volunteers.  Midgefield Hall was humming with excitement night after night when the volunteers gathered to get updates from the leaders of the flying column.  Michael Kilroy was a studious religious man according to my grandfather; he spoke in slow, measured tones and commanded great respect among strangers.   Joe Ring was a man of action.  He was brave and courageous.  Broddie Malone had a pleasant disposition and was very cautious and mythological.

It was the Owenwee ‘B’ Company that set the trap for the Carrowkennedy ambush on June 2nd 1921.  Men from the village had cut the road south of Carrowkennedy dance hall and provided the cover as the flying column under the direction of Kilroy took up their positions.  Kilroy masterminded the operation having learnt from the failed Kilmeena ambush on May 19th, 1921.  He handpicked snipers to kill the lorry drivers and machine gun operator.  After two hours of gunfire, eight RIC officers were killed with the IRA volunteers seizing all of their weaponry and ammunition.  The 25 rifles, the Lewis machine-gun, 28 revolvers, 60 hand grenades and over 5,000 rounds of ammunition was all moved swiftly to the safe houses and hills of Owenwee.

The flying column were marked men following the Carrowkennedy ambush with the Crown Forces sending thousands of officers to the region to capture them.  Spotter planes flew over the region for days looking for the flying column but they disappeared into the mountain mist and were never captured.

The flying column under Kilroy returned to Owenwee eight days before the truce was signed on July 11, 1921.  Weary and tired after traversing the hillsides of West Mayo, the group of fifty men were given food and shelter as they planned their next move.  The village Cumann na mBan ladies mended their uniforms as they slept in safe houses that night and also knitted socks for the volunteers ahead of their next venture across the hills of Mayo.  When they arose and slowly crept through silent ravines the volunteers could see the Blank and Tans closing in behind them.  The volunteers decided to break up into smaller groups and dump their guns and ammunition.  The village ‘B’ company supported their efforts and rapidly dispersed the weaponry in the caves and caverns around their homes.  Expert local guides escorted the volunteers through dangerous mountain passes and helped them escape once again.

The following morning Owenwee was a hive of military activity.  Hundreds of soldiers searched every home in the village.  An observation plane scoured the landscape looking for the volunteers.  People were dragged from their beds and houses were ransacked.  The guns and ammunition; hidden hurriedly the previous night were often only a few feet away from the crown forces.  The village people were unyielding in their defiance and never flinched.

My grandfather told us a story about a local man who was lucky not to be killed.  He was cleaning a gun when he spotted soldiers arriving at his door.  He went to hide the gun in the mattress of his bed but changed his mind at the last minute and secured the gun to the inside of the kitchen table.  The soldiers tore his mattress apart but never looked under the kitchen table and he survived to tell the tale.

Today, I walk the land in Owenwee with my own children and show them the same caves and caverns that helped shape Irish Independence.  When our home was built in 1939 Edward O’Malley dropped the last remnant of the war of Independence into the cavity of the stone wall of our house.  It was an old Mauser rifle, a keepsake from the war of independence.  If only the stone walls could still talk.

Piaras Ó Raghallaigh is a grandson of Edward O’Malley, Owenwee, Westport. Co. Mayo.  He is a secondary school teacher at Coláiste Pobail Acla on Achill Island.  He worked for over twenty years as a journalist and broadcaster with RTÉ, TG4, Raidió na Gaeltachta and Irish TV.