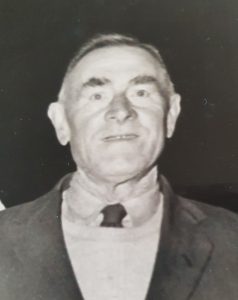 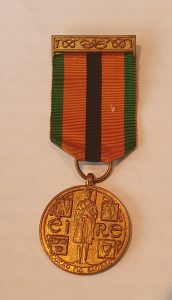 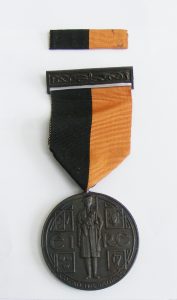 Edward was born to parents Edward (Salmon) Snr and Bridget (formerly McGreal) in Kilsallagh, Westport on the 2nd June 1888. He was one of five children. The family moved to Peter Street, Westport in the late 1890’s. Edward (Ned) worked in the Brewery and The Mayo News and was an excellent Cobbler (a pastime he thoroughly enjoyed).

Edward was a very well respected old-IRA veteran. He played a very important role in the 1916 rising and had the honour of being the Personal Bodyguard to Major John McBride on his visits to Westport during the 1916 unrest. Ned was one of the men arrested and interned in Frongoch, Wales and later in Wandsworth Prison in the UK during the summer of 1916. Ned and his neighbour Johnnie Lohan played a vital part in activities from 1916 and up to, and including The War of Independence 1919.

Ned was engaged in many ambushes and active service during 1919, where he was injured – a shrapnel wound to the head, which was bandaged up so he could continue to fight. He was the most honest and trustworthy man, and an excellent sportsman, winning many accolades with Westport United, but all the time he was most- unassuming, never speaking or seeking praise or plaudits for all of his achievements.

He was a hero to us, and we are beyond proud to call him our Grandfather. 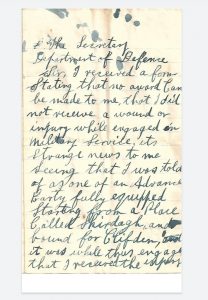 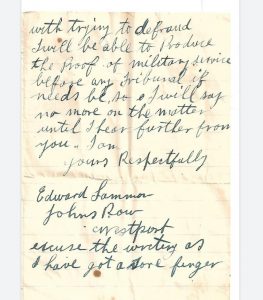 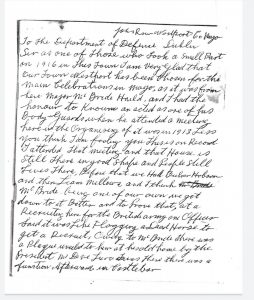 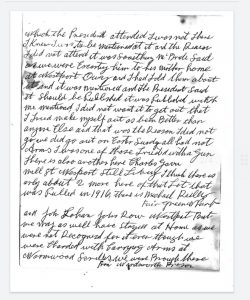 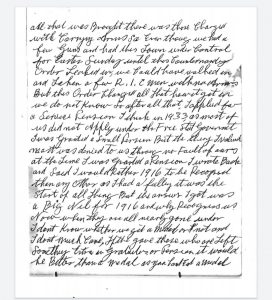 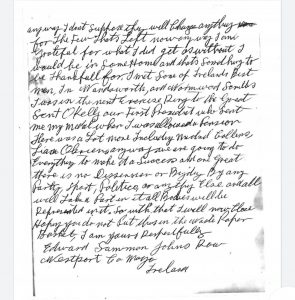